Hey there! Well I finally figured out how to transfer images from our phone to the computer so I thought I would share a few snaps of our Olympic experience. We didn't get out to enjoy as much of the festivities as we would have liked (what with me feeling crappy and all) but we did get to the Men's Mogul events, where Alexander Bilodeau became the first Canadian to win Olympic gold on home soil, to a men's hockey match between Slovakia and Latvia - there was a great deal of sportsmanship on behalf of the fans at this game (we all wanted Latvia to score a goal by the end) and to a men's sledge hockey game at the Paralympics, which was quite the fun experience.

I know these are somewhat overdue (like three months) but better late than never right!

This is looking back at downtown Vancouver while we waited for our "Olympic Bus" to take us up the mountain for the moguls event. 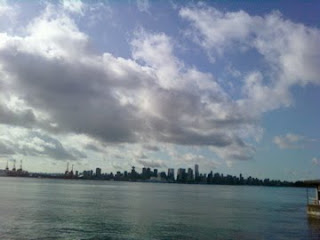 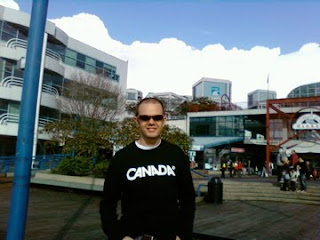 You had to walk about a km to get to the event. Note the lack of snow everywhere except on the runs! 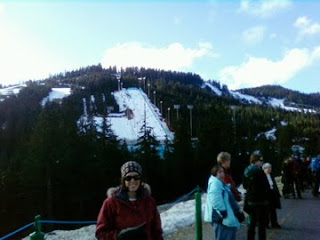 Where it all happens. We lucked out and had such a beautiful day. 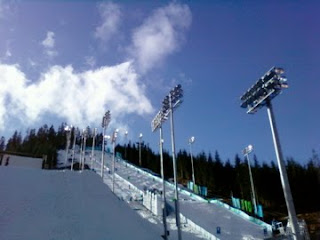 The crowd waits for the event to start. 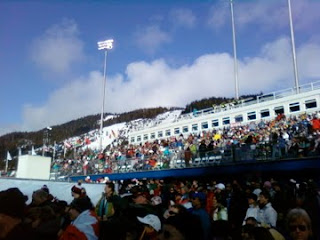 We switched sides during the finals. We only had standing "seats". Behind us at this point were about 4 men from Sweden. I think we surprised them when we asked, "Varifrån i Sverige kommer du?" (Sorry if this is grammatically incorrect). They then proceeded to tell us we had to cheer for the Swedish guy, Jesper somebody. I told them "Vi ska hålla for båda Sverige och Kanada." 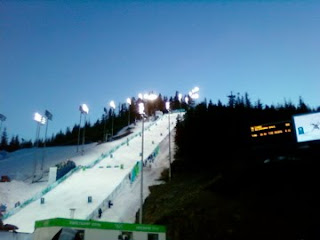 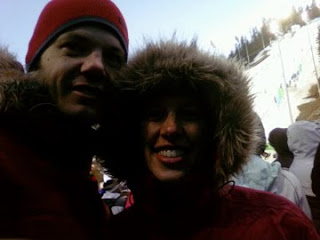 Another beautiful day in Vancouver, where the sun always shines (hahaha). We are on our way to the hockey game, slowly making our way through the crowded streets of downtown. 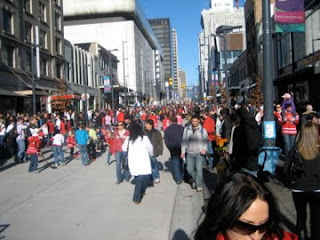 A pick-up hockey game in the middle of downtown. 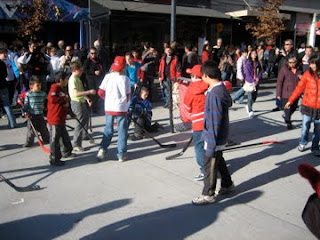 Shots of the city all decked out. 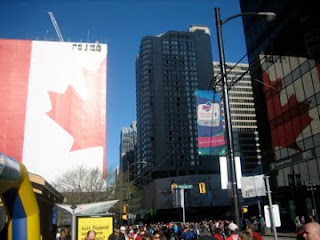 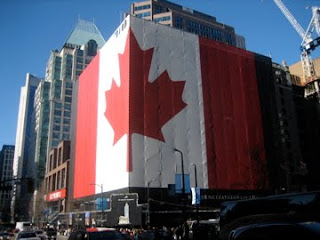 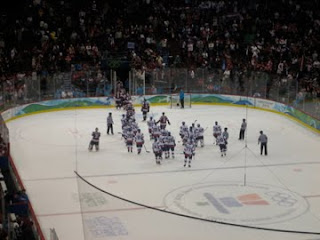 Making our way back to the bus after the hockey game. 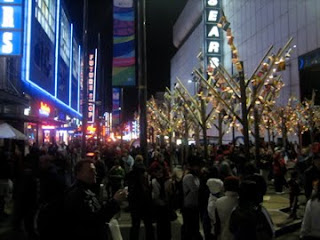 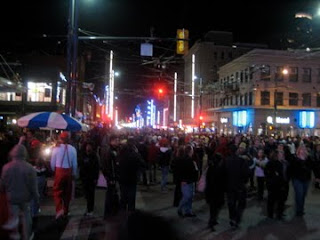 We went to a sledge hockey game with our friends, Sheena and Ryan. This was Canada vs. Norway. Canada won this one but ended up losing to Norway when it counted. 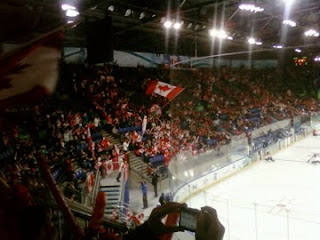 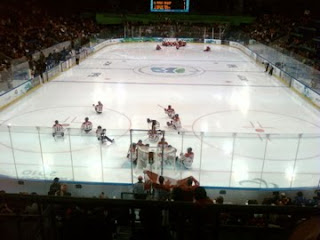 Other Blogs to check out!